The art album “Petr Zverkhovsky” was released by the Seven Winds Art Foundation to the 75th anniversary of the artist. It completes a kind of triptych, conceived four years ago. In 2012 the Seven Winds Art Foundation realized the idea of the exhibition and publication of the album “Gleb Vyatkin, Petr Zverkhovsky in the project “The Jack of diamonds. PostScript”.
This project compared works of the “The Jack of Diamonds” artistic group from the collection of the Volgograd Fine Arts Museum named after I. I. Mashkov and the works of two Volgograd authors, who inherit and develop the tradition of “The Jack of Diamonds” group. Success of the project gave birth to the idea of creating a book triptych, where the next two albums were to introduce the audience to the work of Gleb Vyatkin and Peter Zverkhovsky.
In 2014, the Foundation published an art album “Gleb Vyatkin “Sound in the score of color”, marking the 80th anniversary of the artist.
The present art album “Petr Zverkhovsky” contains about 180 works of the artist. The edition numbers 500 copies. 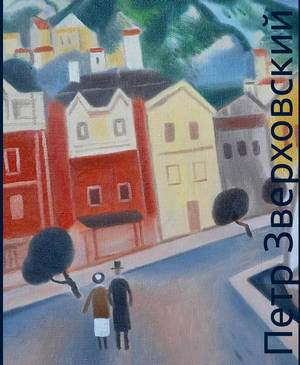